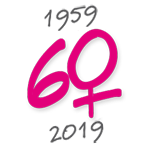 Already in ancient Greece, the small circle with the cross, called the mirror of Venus as a stylisation of the portable circular mirror with its handle, indicated the second planet of the solar system and was symbolically associated with the goddess (Aphrodite for the Greeks, Venus for the Latins) and in general with the feminine, namely beauty, love and sensuality.  The symbol is the same one used by alchemists to indicate copper. Cuprum, the name of copper in Latin, derives its name from the island of Cyprus where copper was extracted in abundance. Cyprus was also the place where Venus was born and, precisely because of this common place of origin, copper is associated with the goddess in mythology. In some historical maps the mirror of Venus was used to mark the mines.

Since 1959 we have accumulated 60 years of uninterrupted experience assisting customers from the design right through to the finished product.